The Intellectual Property Behind Global Innovation 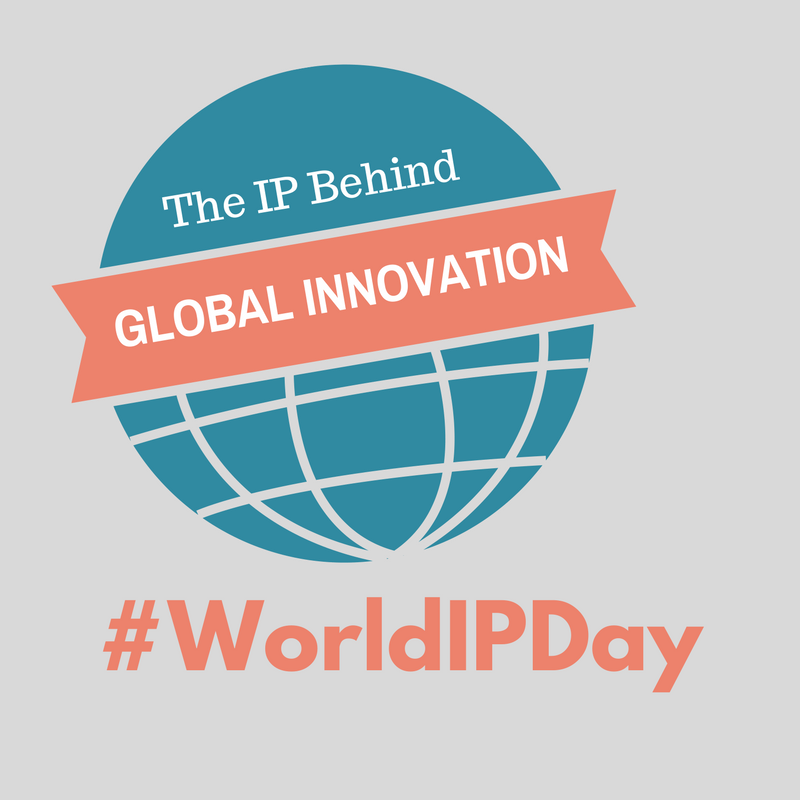 IP drives medicines and machinery and music and movies. IP delivers the technology behind the phones we use, the cars we drive, even the clothes we wear.  In short, IP is everywhere.

And this week, IP is in Geneva.

Countries across the globe are gathering together to spark conversations on the role intellectual property plays in stimulating the research and development of products and services that make up our shared world.

In the spirit of World IP Day, we’ve collected stories from a few of these countries that showcase the power of IP to solve problems and better communities everywhere. The first patent application received under Australia’s Commonwealth Patents Act 1903 was the locomotive brake system. Slowing and stopping locomotives used to be difficult exercise. Brakes were applied by ‘brakemen’ who would run along the roof of the carriages to brake each car manually.

It was a dangerous job – brakemen were often injured or killed trying to duck tunnels, dodge obstacles, and weather the elements, including lightning.

Colin Albert Murdoch  was a New Zealand pharmacist and veterinarian who made a number of significant inventions – he had a total of 46 patents registered in his name.

One of Murdoch’s inventions is the disposable hypodermic syringe.

When Murdoch was treating patients – both human and animal – there was a high risk of passing infection from one patient to the next, unless the glass syringe was sterilized effectively.

Wanting to eliminate this risk, Murdoch invented the disposable hypodermic syringe, a plastic version of its glass counterpart.

Today, millions of people rely on disposable syringes to receive vaccines and other life-saving medical treatments. Thanks, Dr. Murdoch! A haiku is a very short form of Japanese poetry. It’s cutting, traditionally consisting of 17 on – or syllables – in three phrases of 5, 7, and 5 on respectively.

Maybe you’ve written one of these yourself. And don’t worry – your rights to your artwork are covered.

Japanese copyright law protects all works “in which thoughts or sentiments are expressed in a creative way, and which falls within the literary, scientific, artistic or musical domain.” In other words, Japanese copyright law automatically protects your rights, without the need for formal declaration or registration.

In Canada, in the late 1960s and early 1970s, a group of scientists created the Image Maximum, a 70 milimeter motion picture film format and set of projection standards. It has the capacity to record and display images of far greater size and resolution than conventional film systems.

Haven’t heard of it?

You probably know it by the term “IMAX,” still today a powerful trademarked brand.

And we’re certain the IMAX Corporation has about as much IP in its name.

In 1941, Swiss electrical engineer George de Mestral took a walk in the woods and wondered if the burrs that clung to his pants could be turned into something useful.

He patented his first touch fastener – a fabric strip with tiny hooks that could attach to another fabric strip with smaller loops, temporarily, until pulled apart – in 1955 and subsequently improved it until its commercial introduction in the late 1950s.

De Mestral gave his invention the trademarked name Velcro, a play on the the French words velours (“velvet”), and crochet (“hook”), to his invention as well as to his company. Velcro continues to manufacture – with the help of its patent – and market – thanks to its trademark – the fastening system.

Some of the films with the largest ever box office returns have been made in the United Kingdom, including the second and third highest-grossing film series in the world – Harry Potter and James Bond.

The writers and producers, actors and actresses, composers and musicians, makeup artists and costume designers – all of these people rely on a strong copyright system to protect their works and to protect their entire livelihoods.

We hope you’ll join us.

In celebration of #PrideMonth, @IAmBiotech outlines important biotech developments that benefit the LGBTQI+ community. Check it out! https://t.co/f7ZsShIXtd